I’m working with a talented artist from Jamaica! More details are forthcoming…

Earl V. Staley did a great job of capturing me in a storytelling moment! It's an honor to be painted by this award-winning artist! earlstaley.com

I had a blast wRITING A poem for Deb Ryder's AWESOME new album!

Shout-out to Debby Garcia! I really like this photo!

Kelley's Honey Farms always takes care of me! Catch me on tour to get your sample!

Wings & Prayers- For Sale at The University of Houston-Sugar Land

If you understood everything I said, you’d be me.
― Miles Davis

miles is cool as hell

Vancity Original-Hot
For the Summer...

The Extent Of An Unpredicted Event

Robot-like,
I stare down blocks.

​Canada's Vancity Original announced that it is the official clothing sponsor partner for international author/artist Van G. Garrett’s 2016 book tour. This news follows the launching of Linx Beach. A collaborative line inspired by Grammy-winning and rap hall of famer Raekwon of the Wu-Tang Clan.

A poem from my Basquiat Suite.
Published in Verse/Chorus: A Call and Response Anthology

From The Power of We: Shoot 1
Photographer: Ron Villaraza
http://www.ronvillaphotography.com
​

From the House of Shock, Written and Narrated by Van G. Garrett

Tribute Art: Inside and Outside by Cindy Xia

Check out my most recent interview on my 'Get a Life' podcast at locvader.com! In episode #11, Loc Vader interviews native Houstonian poet Van G. Garrett at Houston Baptist University (in the same room where Garrett met the late Lorenzo Thomas). Garrett sheds light on travels abroad to Ghana & Latvia as well as the challenges & rewards of painting & writing poetry & fiction. He also shares his experience with mass media: shooting videos & photography. Garrett reads from his debut poetry collection Songs in Blue Negritude (Xavier Review Press, 2008), discusses his most recent novella, & hints at exclusive details about his forthcoming sequel to The Iron Legs in the Trees (Seaburn Books, 2013). In addition, he pays a touching tribute to the memory of poet & scholar Lorenzo Thomas (1944-2005).

On TV in Latvia (2): http://www.diena.lv/diena-tv/izklaide-makslas/latvija-plaukst-jauns-zanrs-dzejas-sacensibas-13903301 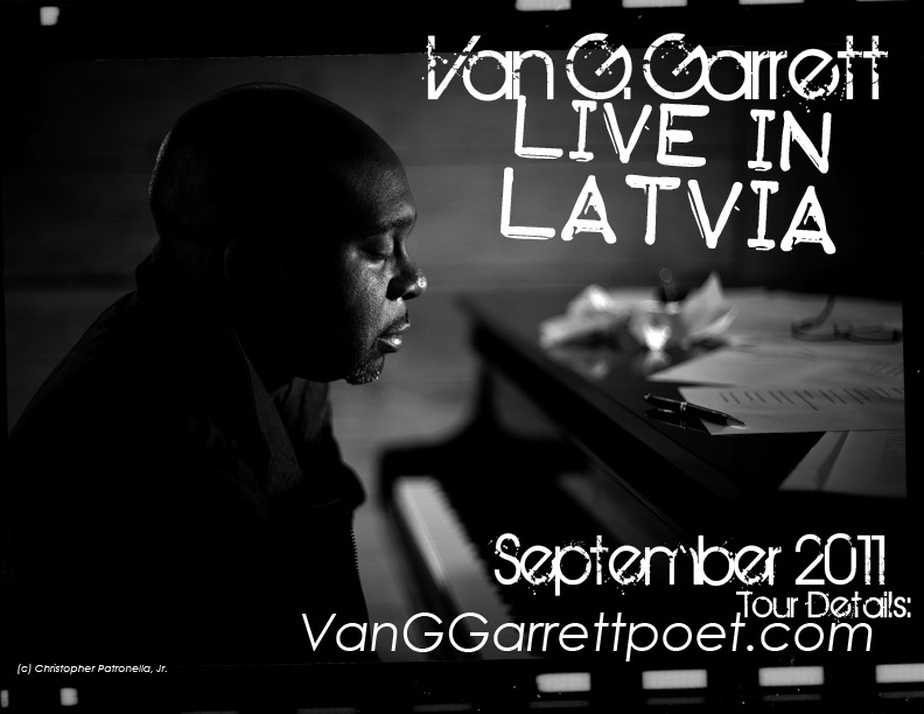 Reading on The Poets' Corner, Taping for the Blind/Sight Into Sound.